We are familiar with disaster movies, and have been for some time – not just Titanic in 1997 but also the 1953 version. Then there’s the British take on the same disaster, A Night to Remember (1958), the latter title displaying British understatement. American overstatement, titanic you could call it, favoured concepts such as a group stranded on the top floor of a skyscraper in The Towering Inferno (1974). The genre is embedded enough to earn its own spoof title, Airplane! (1980), which exploited its comic possibilities and was wildly successful.

Where did the idea for Buñuel’s disaster movie come from? It had been suggested to him as a young man in the 1920s that Géricault’s narrative painting of 1819 ‘The Raft of the Medusa’ would make a terrific film. It was only in the 1950s that he and his regular scriptwriter at the time, Luis Alcoriza, picked up the idea and wrote a short story, ‘The Castaways of Providence Street’, from which Buñuel later worked up a screenplay. Six years earlier in Mexico he had made La Mort en ce Jardin / Evil Eden about a group of disparate and desperate people stranded in the jungle in a situation like the castaways in Géricault’s painting. The short story gave him an opportunity to tackle the subject again and to inject a darkly comic element. That comedy was partly contributed by the Catholic religion, the mocking of which motivated Buñuel throughout his career. He used the idea here to invert Christian ideas in a sort of ‘transvaluation’. The disaster takes place on the Calle de la Providencia, 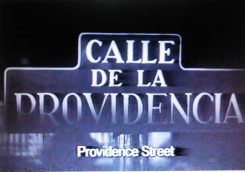 and the victims find themselves damned by Providence rather than saved. Secondly they are imprisoned in a room by a ‘miracle’ (they discover they lack the will to leave even though there are no physical obstacles to their doing so), an event Hume defined as something “beyond custom and experience”: they then find themselves taken by this miracle not to heaven but to hell, which by Act 3 is Hell Cubed. 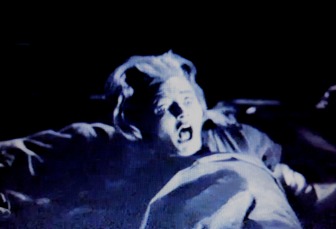 Buñuel’s film is satirical, subversive, made for revolutionaries. Although there are plenty of surrealist touches – a disembodied hand, the feet of a dead bird, the amour fou  between Eduardo and Beatriz – 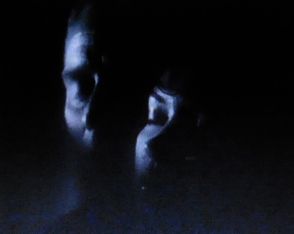 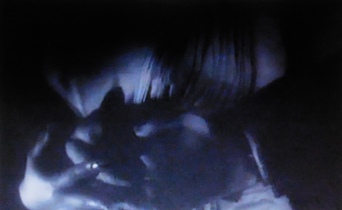 it owes just as much to the theatre of the absurd, the godfather of which is surely Kafka’s ‘The Trial’, less terrifyingly comic than comically terrifying. Another key feature of the film is the fluidity of its treatment of time, not to mention the ‘joke’ about physical space, an echo of the fantastical disruption of space and time that marked Buñuel’s first film, made with Salvador Dali, Un Chien Andalou.

Finally, it has no film score, hard to imagine as that is when we are burdened so much by music-saturated television. So, that makes it right for reinventing as an opera? Thomas Adès thought so, although there were other reasons such as the story’s dramatic premise and its claustrophobic atmosphere. In the production in the Royal Opera house, the surrealist touches become a bit contrived – film is so much better at these things – 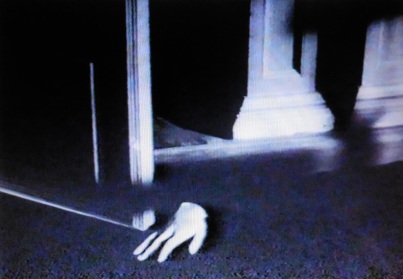 but the hysteria inherent in the situation is wonderfully heightened. The film’s visual patina of light and black, created by Gabriel Figueroa’s camera, beautifully crafted as it is,

the ultimate barbarism: Nobile’s cello is destroyed for fuel

cannot match the musical flourishes of Adès’ score. The film can be criticised too for the difficulty of distinguishing the individual characters who in a way all look the same, the men in their dinner jackets, the women in their evening gowns. Adès and his librettist, Tom Cairns, do something clever here by using what they call the ‘encantada’ (as in ‘enchanted to meet you’) sequence to introduce the twelve characters (down from seventeen) to the audience.

What really distinguishes the opera from the film, however, is its tragic quality. These people are not so much condemned to hell by their bourgeois, ruling-class origins as by the condition of being human. And the opera is to be appreciated not so much by would-be revolutionaries as by people who are a mirror to those on stage: after all the characters are gathered for dinner after a night at the opera listening to ‘Lucia di Lammermoor’. The effect was so powerful that as we left the building it crossed my mind that we would lack the will to exit it, even with all the doors unlocked. Are we meant to like the people in the story? I think the people in the film not, but the people in the opera yes, or at least perhaps – they are our tragic selves.

This is Adès’ third opera. His first one, ‘Powder Her Face’ (1995), was also tawdry, and makes full use of the modest musical resources of a 15-piece ensemble. Here such forces are of the fullest and lessons from his symphonic work, such as ‘Asyla’, ‘Polaris’ and ‘Tevot’, make the score sometimes searing, sometimes blasting. Acts 1 and 2 were performed without an interval, and separated by a musical interlude marked by pounding drums, an idea taken from the Good Friday tradition of communal drumming (for 24 hours!) in Calanda, the remote town in Spain where Buñuel was bought up. (That it made a powerful impact on him is witnessed by Buñuel giving it a chapter in his autobiography, ‘My Last Breath’, and in the fact that his son Juan-Luis made a documentary about it in 1960, which can be watched on YouTube – see https://www.youtube.com/watch?v=0jbu6qqdxj8&t=2s)

Act 1 of the opera puts us in the vice, and Act 2 turn the screws on us. Act 3, I felt, was less successful. This may be due to the curse of the interval but the question Act 3 poses without quite answering is how it will all end. In disaster movies, the people are saved (with the good ending happily and the bad unhappily), but would this happen here? The film has an elegant solution which seems to arrive seamlessly and ends with a twist, the most comic moment in the whole story.

In the opera I got confused. In the film the offer of suicide by the host, Edmundo Nobile (noble by name and by nature), is treated in an off-hand away and superseded by Leticia’s eloquent and clever solution. 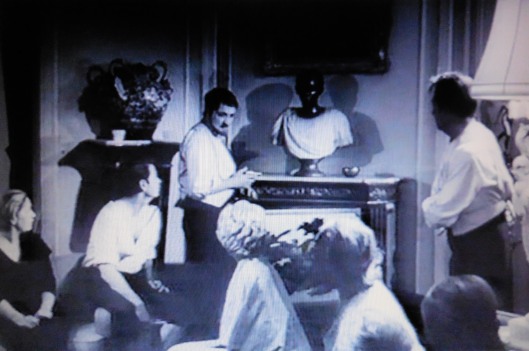 Nobile gets the gun with which to shoot himself

In the opera it is a big moment that teeters on the idea of Christian atonement: one man’s death can save others. But then this premise is choked off by Leticia’s big aria, an unmotivated Ladino song, sung in her shrill manner (Ades’ intention, not the singer’s poor technique), that fits very oddly into the whole.

Of course, I have only heard the opera once, and the ending might make much more sense after it has been heard half a dozen times. What will they say in 30 years’ time, and 100 years’ time, and 500 years’ time? I have no idea but I do foresee a long life for this piece, as well as for the film.